this is something I could have never mentally prepared for.

I headed out with ryan to bloomington to a visitation.  my friend lost his sweet little sister and we were going out to show our support for him.  so we went out and talked with him and met up with some other friends as well.

we went out to eat afterwards and ended up having a really nice meal together.  actually, it should be noted at this point that I was the only girl with five guys.  five.  conversations carried on in "guyland" as if I weren't there.  very interesting.  very hilarious.  very inappropriate.

afterwards when we were outside the restaurant, I whipped out the camera to get in "365" mode.  one thing led to another and we had an all out boy band photoshoot extravaganza.  it was madness.  angles, perspective, hotness, and glory.  basically. 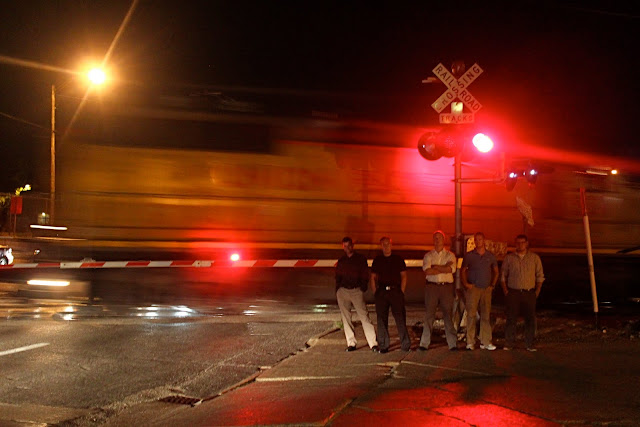 run and tell THAT, homeboy.

needless to say, it was amazing night, and we were able to give our lovely friend a good time and some good laughs.  that's friendship, dogg.  straight up.